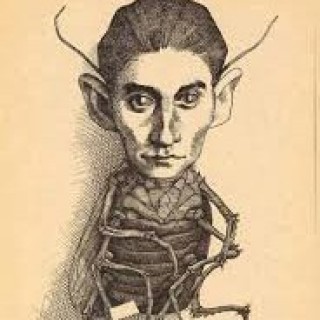 Leftovers of an incomplete dream

Leftovers of an incomplete dream

For almost a year I have been away with books in my cocoon. This is how it’s looks like. My painting on my rooms wall.

An unbreakable ice of silence has folded my words;

An undetainable absence has bounded my ways.

I’m not one to have lost his road,

I’m a wanderer of an endless plane,

And in the endless middle of a desert;

I wish to be drowned.

My friend, who is yet to befriend me;

My friend who could see a different me.

I regret winning the sperm race,
To put it in a bit scientific way.
Was it some others pushed me to life?
That I never make a disastrous choice,
To strand me in such a hopeless bay.

My woe is not that I struggle here for space;
And life often feeds me with tasteless hay.
But what is the point of following rife?
To live the world requires even more pace;
And the heart getting heavier day by day.

But even in chaos I have my solace.
The muse of this poem, she turns the way;
And sprills the song with a few verses of love.
Like in some drug; at her wonder I gaze,
In a world where life is race; I slowly walk her way.

My craving for belonging;
Is like a flower in search of a spring.
I am not alone but in a garden;
And this proyning is very burden.

I must go to far up in the hill,
For spring will never enter this fence;
It’s in the hills where golden rays do chill
With seeds and other smelling weeds.

Here in the garden where do I feed,
All that I consume makes me bleed;
And I here cry in void to get freed,
See, even dead is better than my deed.

Oh, but the flower is mortal;
And the spring immortal,
Between a distance eternal;
My suffering internal.

My case is dead. There is no curiosity left in it. My fate is fatal, that I am nothing more than failure in this world. But there is hope in death. I think the only way I can free my mind from all the pain I go through is by affirmating myself that I can I die when It’s too hot to handle.

The worst part of being restless is, that at some point of time you realise you are restless and start to become more restless about the restlessness itself. This is what happened to me also. But I, after refusing myself from all other things, retreating from all meaningless conversations around, not being able to engage myself in anything for more than five minutes, literally wandering from thought to thought, have found some life; an element of existence in this very restlessness of mine.

It feels exactly like Actaeon being hunted by his own dogs. In the Greek myth, Actaeon was an unfortunate young man, who during a hunt left the party and wandered alone through the forest. There he saw the goddess Artemis bathing in a large pool, surrounded by her nymphs. When they noticed the hunter they flew themselves before the goddess. But he had already seen her splendid nakedness. Angered, she turned him to a stag. Actaeon moved away feeling different and confused, not yet realising what had happened to him. The truth hit him when he saw his own reflection in a river and he knew he was no longer a human. A brief moment of joy quickly turned in to horror as he heard the sound of his own hounds. They were hunting him now, not recognising their former master. He fled, but was eventually chased down and torned to pieces.

But somehow it no longer tortures me, even though it is still persistent inside me. Because I see a restlessness in every living thing. In fact life itself is nothing but an ancient restlessness. What actually differentiates life from lifelessness? Everything exists in this universe, whether it is a frog with life or a fog without life. And both fade away eventually in time. Then what is so precious about living things? They are restless unlike other things. This consuming, growing and reproducing, the signs of life are also signs of restlessness. And this is the only thing that differentiates living and nonliving things. And for my human existence, who consider more of conscious than the consequence of body, this restlessness is just another form of life. The restless mind therefore is a living one compared to other content ones. And it lives not as consuming, growing and reproducing; but as wandering, exploring and expressing.

Of course, I am talking about The number 32, Kafka bird, which was haunted by the eternal sky, always wavering on the summit of the mountain all alone. Of course there were other birds, but in the lower regions, with greater strength and engaged in the normal everyday life. There was safety in the lower mountain, but the Kafka bird chose to waver in danger, because it is impossible to crawl, once fascinated by the persistent sky. The bird knew it would never conquer the eternal sky, for the sky itself symbolised the impossibility of the bird. But there is more meaning in the persistent wavering on the summit than in the crawling on the lower region.

But why are all other birds happily crawling, without being affected by the eternal sky? It is not that they are unaware of it, but it’s a false awareness. They think they are immortal. For someone who believes in religious life after death, or any kind of existence after death, whether it be hell, heaven or being born again, they are actually believing that their existence is persistent, or they are immortals. And this false sense of immortality leaves them no interest on the eternity of the sky. Thus they happily crawl in the lower regions.

But I, unlike the Kafka bird, have not reached the summit yet. But I no longer belong to the lower region. The awareness I have, of my mortality, urges me to leave everything behind and climb the mountain. Though my present situation forces me to merge in to the crowd, my eyes always emerge, and it’s always on the sky. I wander among other birds, neither of us making sense to each other. I will climb, and waver because that’s the only way I could feel persistence, writing more and more about my existence.

Leftovers of an incomplete dream
Create a free website or blog at WordPress.com.